I got into this spot and held the down arrow / s on this level. I won a bit after this. 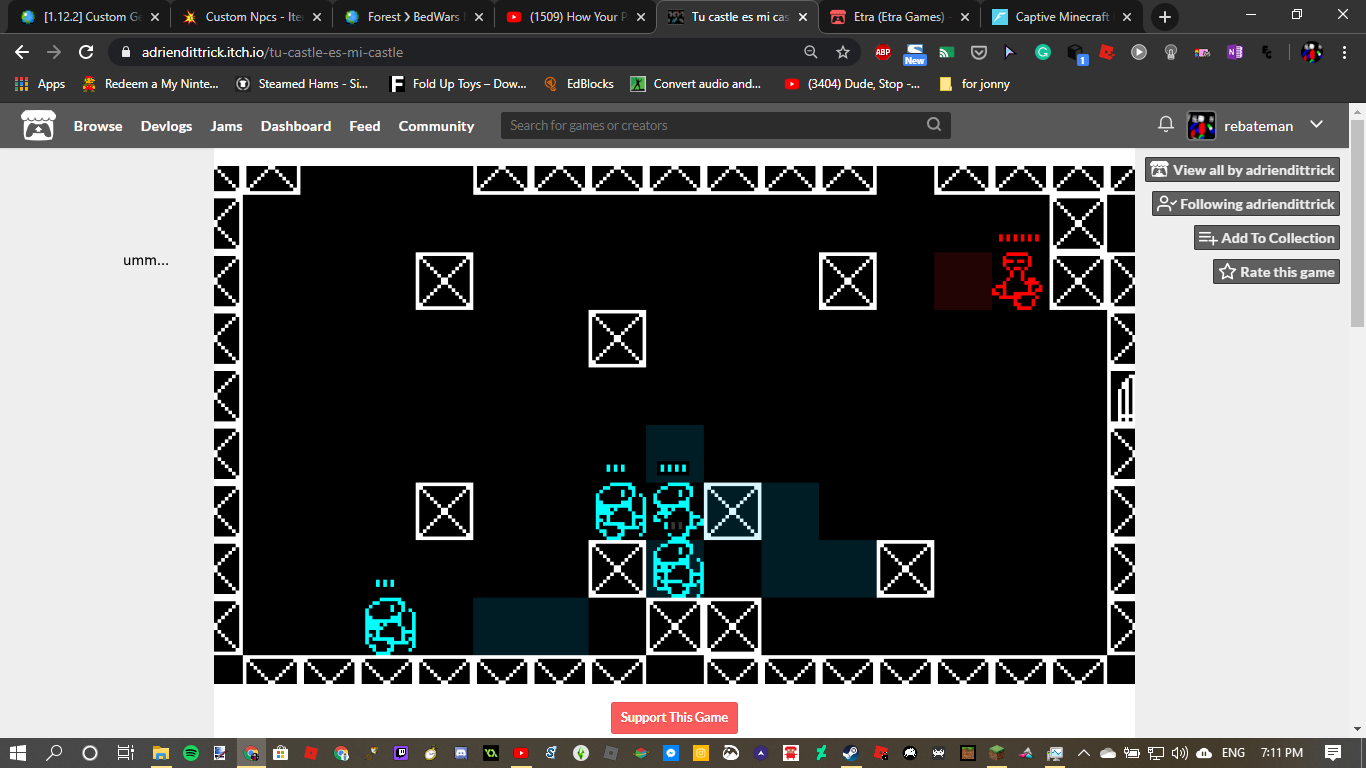 I'll add some prograssively more clever AIs in the next versions :)

maybe have two, selectible types of gameplay. Smart AI and Dumb AI. Or have Easy, Medium and Hard difficulties

Pretty cool Adrien. I just gave it a short try and soon figured out the basic concept. I think what's missing the most is user feedback. E.g. it's hard to see whether you actually hit an enemy. Some take two hits and you might have hit it but don't even know. That kind of thing.

I think it might also be buggy, shooting through walls may be possible for you or the enemy, but I'm not 100% on that. On the other hand that could also be a level design element, walls you can shoot through in one direction. https://en.wikipedia.org/wiki/Embrasure

I plan on adding damage indicators and hit points :)

It took me a few minutes to realize what was happening (it's been a while since I've played a game like this), but once I did, it was fun figuring out how to best approach a given scenario. I played through about 15 rooms, and none of them felt insurmountable.

I'm not sure what your plans are for the colors, but if you keep the red and blue, I think the purple (that is, where the attack ranges overlap) doesn't contrast enough with the black background, so it was sometimes hard for me to tell whether I was safe from being attacked if I moved.

Thanks for the feedback :) currently plans for this are unknown, I plan on maybe adding more enemy types and more robust AI. I'll probably take many suggestions!

As for the colours I might make the purple a bit brighter yes! (I was also thinking of having other enemy colours and maybe a customizeable team colour.

My most important gameplay element here is I want to make sure this game is entirely played with the 4 directional keys. 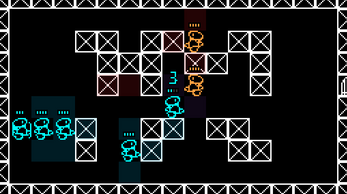